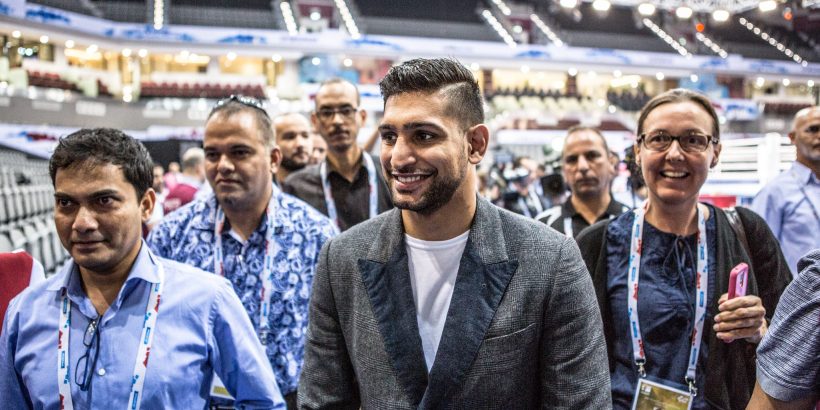 With British boxing now dominated by names like Anthony Joshua, Tyson Fury and Josh Warrington, it’s easy to forget the impact Amir Khan has had on British boxing since the 2004 Olympic’s when he exploded onto the scene.

Khan, born in Bolton, started boxing competitively at the age of 11 and collated an amateur record of 101-9. He won gold in the 2003 Junior Olympics and amassed a number of other honours before his historic Olympic bow before the adoring British public a year later.

Excitement was palpable at the announcement of Khan’s comeback fight against long-time rival, Kell Brook. The two have a history spanning back to 2004 when the pair sparred at Team GB’s Olympic training camp.

The match-up could have provided an ideal springboard for a full-time return to boxing, in the same way that Tyson Fury’s series of fights with Deontay Wilder catapulted the Morecambe fighter back into the public consciousness.

While Fury’s fights were tales of domination, drama and excitement, however, Khan was dismissed easily by Brook in a fight that seemed to be concluded by the time a minute had passed.

Since the beating, Khan has admitted to feeling ‘flat’ and is considering backing away from the sport again. With this in mind, we at Uclan Live have had a look at a couple of the fighter’s best and worst moments.

A 17-year-old Khan was Britain’s sole boxing representative for the 2004 Olympic campaign in Athens, and the young man stunned the world with his performances.

The boxer breezed through the early stages, with excitement and public attention increasing with each victory. He beat the champions of Asia and Europe en route to a final against the vastly experienced Mario Kidelan of Cuba.

Khan performed admirably against his favoured opponent but failed to bag a gold medal.

Regardless of the result in the final, Khan had secured his legacy as the golden boy of British boxing for years to come.

In what is likely Khan’s most complete performance against a top opponent, his 2014 victory over Devon Alexander will live long in the memory.

Alexander was a two-weight world champion and had previously beaten strong competitors such as Marcos Maidana, Lucas Matthysse, and Anthony Kotelnik.

This was a masterful fight from Khan against the man dubbed ‘Alexander the Great’ and so clear was the dominance of the Brit – the scorecards read 119-109, 118-110, and 120-108 – he called out Floyd Mayweather Jr after the fight, and based on his performance against Alexander, some may have given him a chance.

The first defeat of Khan’s pro career could not have been more humbling. It was his first pay-per-view fight and the fans that paid were left wondering where their money had gone.

His opponent was Breidis Prescott, a Colombian boxer who went into the bout with a record of 19-0. Both fighters came out of the blocks with startling pace and it didn’t take long for Amir Khan to end up on the ground. A left hook and frightening one-two from his opponent sent him crashing onto the mat.

The Brit got back to his feet, but it was mere seconds later that another powerful left finished the bout off.

This long-awaited fight between bitter rivals has to be one of the lowest points of Khan’s career.

It was a complete battering by Brook, Khan was rocked in the first round and never really got into the fight. With all the media attention, the anger, the tension and the element of history, everyone tuning in was hoping for a fight for the ages, yet Khan was shown up in front of a watching nation.

If – as he has suggested – this is to be his last fight in boxing. It will be a sorry end to the career of one of the most startling talents that British boxing has seen in recent history.