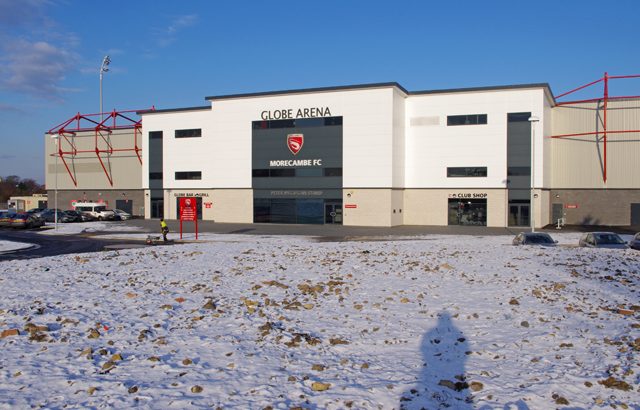 The 30-year-old Scot arrived from Championship strugglers Derby County, where he won the club’s Player of the Year award last season.

The Latics have five games in hand over league leaders Wycombe and will move into the automatic promotion places should they take all three points at the Globe Arena.

Leam Richardson’s side top the form tables and are unbeaten in all competitions since October, including a win over Championship high-flyers Blackburn in the FA Cup.

Morecambe haven’t had the same fortunes, despite giving Tottenham a scare in the cup last week the Shrimps sit just inside the drop zone, but could climb out with a win.

Stephen Robinson’s side picked up a point against fellow strugglers AFC Wimbledon last time out, whereas Wigan secured three points on the road at Doncaster with midfielder Max Power getting his fourth goal in as many games.

In the Championship, Preston North End will be hoping to leapfrog Sheffield United in the table as the two face off in a War of the Roses clash.

The Lilywhites have been boosted by the news that defender Patrick Bauer has signed a new deal at Deepdale.

Blades manager Paul Heckingbottom will hope to return to his side’s dugout having missed the defeat to Derby County after he tested positive for Covid-19 last week.

Preston boss Ryan Lowe says that his side are confident, and confirmed that whilst Ryan Ledson is back fit, defender Josh Earl will miss out with an ankle injury.

Carlisle United face Hartlepool in a grudge match, as the Cumbrians look to continue an uptick of form under Keith Millen.

The League Two form tables have the Blues up in third, whilst visitors Hartlepool are down in 20th, picking up just five points in their last six games, however ran out 2-1 winners in the reverse fixture at the Victoria Stadium in August.

Elsewhere in League Two, Salford City make the trip to Staffordshire as they take on Port Vale.

The Ammies, who will look to get back to winning ways after they were defeated by Bradford at the weekend, are without Gambian defender Ibou Touray who is at the African Cup of Nations.

Hosts Vale could move into the pla-offs with a win, as Darrell Clarke’s side look to put their two consecutive league defeats behind them, but they would have to pull off a result without first-choice goalkeeper Lucas Covolan, with the Brazilian seeing red in Saturday’s defeat to Swindon Town.