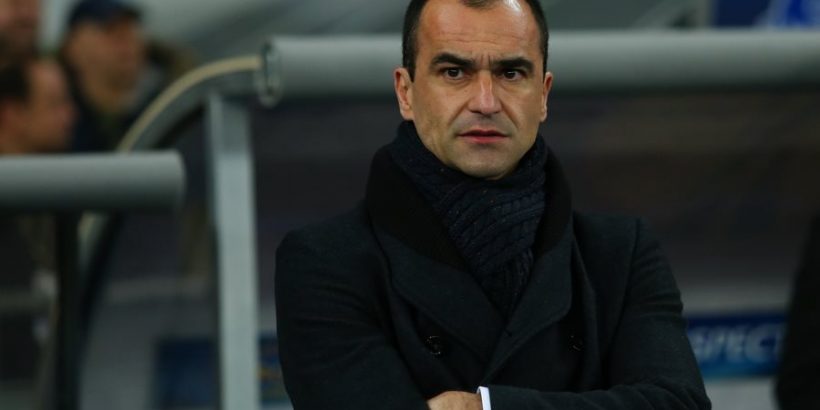 Hiring Roberto Martinez to replace Rafael Benitez would cause more anger among the Everton fanbase to John Barlow, the founder of Everton fan site The Toffee Blues, writes Elliot Thompson.

The Belgium FA is reluctant to let him leave due to the Qatar World Cup coming up soon, however it has been reported that Martinez would welcome a return to Everton and is willing to combine the two roles.

Martinez was in charge of Everton for three years from 2013 to 2016 and it ended with supporters protesting against him with banners asking for his sacking in Goodison Park.

Barlow said: “The first year under Roberto Martinez was fantastic but towards the end of his tenure it turned sour with fan protests wanting him sacked.”

An FA Cup winner with Wigan, he managed to get Everton into Europe in his first season finishing fifth in the table seven points off Champions League football, but could not build upon that exciting campaign in 2014/15.

Finishing 11th consecutively in his next two seasons led to huge frustrations at Everton with a 3-0 loss at relegation threatened Sunderland in his second to last game encapsulating the anger and leaving many supporters with bad lasting memories of the Belgium coach.

Majority shareholder Farhad Moshiri is still keen to bring him to the club though with Barlow saying: “I think it is pretty crazy that Farhad Moshiri would go back to the first manager he sacked upon joining the club.”

With Rafa Benitez going after a wretched run of just one win in 13 games, it leaves Everton dangerously close to the relegation zone as they are just six points above the drop.

“The next appointment that the Everton board makes needs to be the correct one and it needs to be a name that can push the club forward and rebuild the connection with the fanbase that was lost from the Rafa Benitez appointment,” said Barlow.

As well as Martinez the likes of Wayne Rooney, Duncan Ferguson and Frank Lampard have been linked with vacancy but at The Toffee Blues, one name stands out above the rest.

“Christophe Galtier is a name from the summer that a lot of Everton fans will remember and would have hoped succeeded Carlo Ancelotti, unfortunately that wasn’t to be the case with Rafa Benitez taking charge and Galtier going to Nice.

“A manager who had recently won Ligue 1 with Lille and has a reputation of building a team up and have them fighting for European places it seemed like he ticked every box that Everton asked for. Now second in the table with Nice, that option all but seems a pipe dream now.”

Another two names who are available are Lucien Favre and Niko Kovac which are candidates that The Toffee Blues would be happy to see at the helm, but there is one overall thing that is needed Barlow says.

“Evertonians just want a name that they can get behind right now and one that can start pulling the club in the right direction.

“I just don’t get the club going back in for Martinez at all but that’s where we are now,” Barlow added.