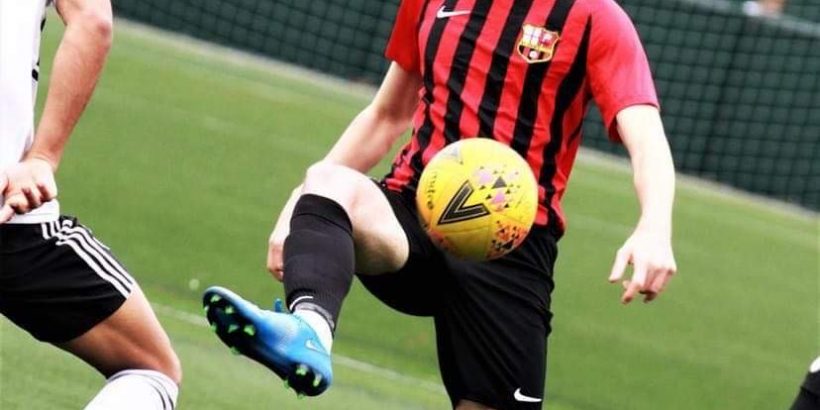 As a society, cultures can sometimes become forgotten or ignored, but since the turn of the 21st Century, the deaf community have been given more recognition, writes NATHAN SALMON.

Most recently, deaf actress Rose Ayling-Ellis captured the hearts of the nation as she danced her way to become the Strictly Come Dancing champion and CODA, a film about a deaf family took home two BAFTAs in March.

Blackpool born deaf footballer Rylan Casey believes that opportunities for people in the deaf community are increasing and he sees great potential.

Casey, 22, attended Waterloo Primary School as a child, which had excellent facilities for children with deafness and hearing impairment.

He said: “Growing up was not so difficult for me.

“I must say that I am lucky to have good friends who understood my deafness through school.”

However, when it came to his passion, Rylan wanted to play football.

But when he tried out for his first team, he was left out by the manager due to communication problems.

Despite this hurdle early in his life, Casey went onto to play for three junior teams in the Fylde area – Spirit of Youth, Lytham Juniors, and AFC Blackpool.

The latter of which he met coach Martin Baird, who back then was just starting his coaching career.

“Managing Rylan was challenging – in a good way – and we managed to require funding so that he could have an interpreter for training, who could go through things with him.

“He was also a very good lip-reader, and we used tactic boards often because I wasn’t very good at sign-language,” Baird said.

Although Casey had the disadvantage of not being able to hear when a player was near him, his other senses heightened.

“The most amazing thing that stuck with me, I always wondered how he thought he had a man behind him.

“And he told me that he could feel it at the bottom of his feet when someone was running near him, which I always thought was fascinating,” he added.

The footballer then took his talents a step further when he left school, playing in deaf football teams not just around the country but around the world – mixing with other great footballers who are also deaf.

He has represented England’s football and futsal team in the World Cup and European Championships, as well as playing for St John’s Deaf FC in North London – where he has won plenty of trophies – both individually and as a team.

However, there are slight rule changes in deaf football compared to the regular game, to help with the communication of players with officials.

“The referee will have a flag like the linesman, and when they whistle, they will also wave their flag to make sure that we are aware the game has stopped, as we don’t hear.

“Also, players aren’t allowed to wear their hearing aids or cochlear implant otherwise they will be disqualified,” he said.

In February, Liverpool defender Virgil van Dijk made headlines when he donated a ‘substantial amount’ of money to the Dutch national team, as he had heard they lacked funding to go to the Deaflympics – shining a light on the sport and the community once more.

Most deaf national teams are part-time, and so players have to work alongside playing football.

“Turkey, Ukraine, and Russia are next level because they get paid to play and it is their job.

“I have friends in the Dutch national team, and they were over the moon.

“It helps the deaf community because Van Dijk is such a big name, and it helps the national team get more recognition in Holland.

“For me that is important because then people become aware that there is a deaf team in your country that want to make you proud,” he said.

Alongside playing football Rylan Casey has also been studying to become a coach at Myerscough College, with aspirations of setting up a coaching business for deaf children to learn how to play football.

He is just one of the many people in the deaf community, expressing his talents and striving to be the best, and not letting his deafness hold him back.