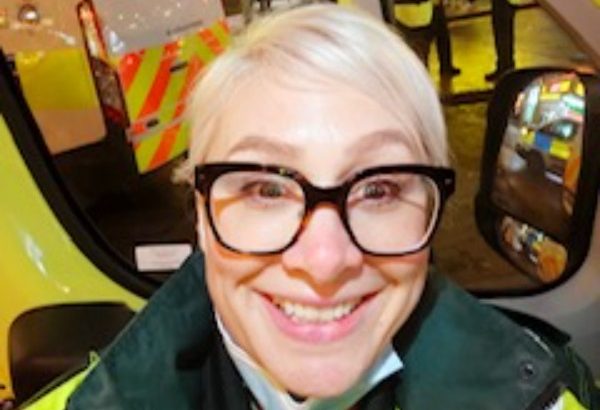 There must be some irony in a rugby coach who has never played a game of rugby in their life.

For a former paramedic from Preston, the irony is very real.

Jennie Peall is audibly rushed off her feet when she sits down for an interview with Sporting Weekly – it’s two days before Blackpool hosts the Conservative Party Conference and she’s holed up at Police Headquarters planning for ministers and Members of Parliament to descend on the coastal town.

Peall never used to have to deal with all this organisational bureaucracy until 2020 when she left her life of saving lives and being ready to rush to a traumatic job at the drop of a hat, to taking up her new role as a section manager at Blackpool and the Fylde’s ambulance service.

Not being on call at the weekends in her new job meant one thing for the 43-year-old, she was now able to become a rugby coach.

Preston Grasshoppers were in desperate need of more coaches, something which was evident to Peall as her sons play at the Lancashire club.

She asked them if they needed a helping hand, and they were very keen to have her on board.

There really wasn’t any chance for the former paramedic to backtrack on this act of goodwill as just weeks later she was ingrained at the club.

A DBS check, RFU-accredited course and a crash course on refereeing later and Peall turned into a critical cog in the Preston Grasshoppers machine.

As long as the mum of three ignores the ribbing she gets from the players after getting a decision wrong when refereeing a match, this lack of experience isn’t an issue but instead it brings something unique to the table.

“There’s lots of technicalities I won’t know because I haven’t played, however, coaching rugby is all about making people enjoy it, making them feel valued and teaching them respect,” Peall said.

“I see it all the time with players when they’ve just not had a good day, they’ve had stuff going on and I guess I see that and I’ll go and speak to them and I’ll ask what’s the matter and they’ll say, ‘Oh I’m tired!’ Or they’re just a bit emotional maybe and I think as a female leader you look at it slightly different.

“Whereas the guys are very much this is what you do, this is what we’re doing – I try and mix things up a bit really and make it enjoyable because what I don’t want is people to come and see that it’s a bit of a chore.”

On the recent International Women’s Day, the #BreakTheBias campaign was launched to try and promote gender equality.

Although this is something Peall is wholeheartedly in support of, she doesn’t think coaching rugby is still something most women would be confident doing.

“Loads of people in my position would turn around and say I’ve never played rugby in my life, I can’t go and coach, I don’t know anything about it,” the sectional manager said.

“Whereas the type of person that I am and the confidence that I have I’m very much like I can’t do it, but I’ll give it a go, and I have.

“I haven’t personally seen a problem in being a female coach, but I don’t really tend to worry about stuff like that often, however I can’t think of any other women in my situation that would have thought, ‘I’ll just go and do rugby coaching.’”

Rugby coaching isn’t for everyone, but it’s definitely suited to Peall – even if she doesn’t know it herself.

Just as the interview ended, Peall rushed off at the end of the conversation to go and focus on more pressing emergency services matters for the weekend.

However, she still managed to get down to the match at Hoppers while the country’s decision makers were enjoying a trip to sunny Blackpool.