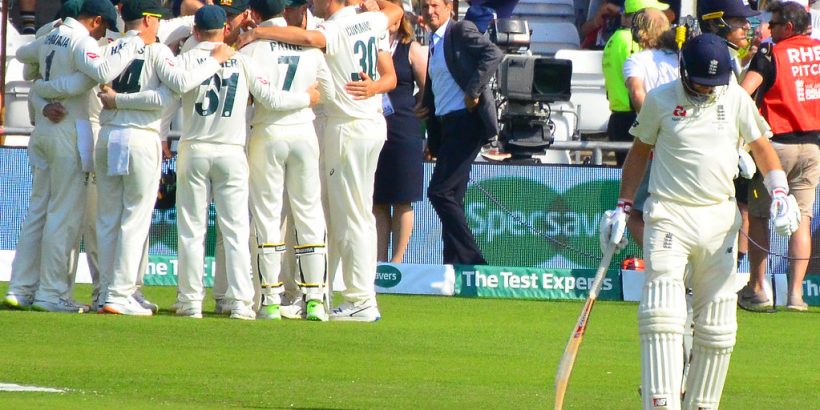 England’s calamitous 4-0 Ashes defeat in Australia has highlighted fundamental problems with the test format of cricket and lack of red-ball priority in the country.

That’s the view of some in the grassroots game in Lancashire after another dismal performance Down Under by England.

Set 271 to win on the third day of the final test, England made 68-0 and looked as though they were finally settled but then they lost all 10 wickets for just 56 more runs.

A collapse that has been a familiar scene for England fans over the last few years, under Joe Root they have not been successful in any of their three Ashes series.

With criticisms from captain Joe Root and veteran bowler James Anderson about the state of county cricket and changing priorities, there are mounting questions facing the England and Wales Cricket Board and the test team.

Bobby Denning, a Level 4 cricket coach in Lancashire, spoke of the improvements England need to make from the domestic level all the way down to the coaching received by young players to aid the future test teams.

“If you want to produce players that are capable of playing for England then the domestic competition has to be as strong as it can be, and it doesn’t seem that it is,” he said.

“If you’ve not got your best players playing in the County Championship then the programme is naturally going to be weaker.

“So, something needs to be done around that too: one make it stronger, two for it to be a priority and three for it to not necessarily take a back seat for white ball cricket.

“I firmly believe there are wider matters for the game to consider around coaching/ player techniques and what we coach our youngsters.”

Andrew Bailey, secretary at Penwortham Cricket Club, agreed that England need to take a long look at what went wrong and how to prioritise red ball cricket moving forward.

“Major surgery is needed, if we want to succeed in test cricket, we have to prioritise it,” he said.

“Red ball cricket has been shunted to the first few weeks in April and then the latter parts of the season in September where bowlers have the upper hand.

“If we don’t do something about it, I can really see test cricket struggling in the next few years.”

Bailey recognised that County Cricket is not as financially viable as the one-day alternatives however also suggested that the ECB’s introduction of new formats such as The Hundred have hindered test progression.

“The bulk of the season now is taken up by one day cricket and T20s,” he said.

“The ECB in its wisdom have shoehorned a competition that we don’t need, and all this marginalises red ball cricket.

“I think the ECB are [hindering] test cricket we’re the only nation in the world to play the Hundred’s format.

“It’s played over the prime months in August when we could be playing County Cricket, and this means that players are being shoehorned into a test team with very little experience.”

Questions have been raised about Root’s captaincy, the 31-year-old has led the England side into 61 Tests, more than any other man.

But as the team look ahead towards the tour of the Caribbean, Bailey says his job should be in the balance.

“I feel there are no other candidates,” Bailey said.

“There’s a lack of alternatives, Joe Root is probably the only suitable candidate,

“You might suggest that the upcoming tour of the Caribbean might be slightly easier, but you can’t underestimate them because England’s confidence will be at rock bottom.”