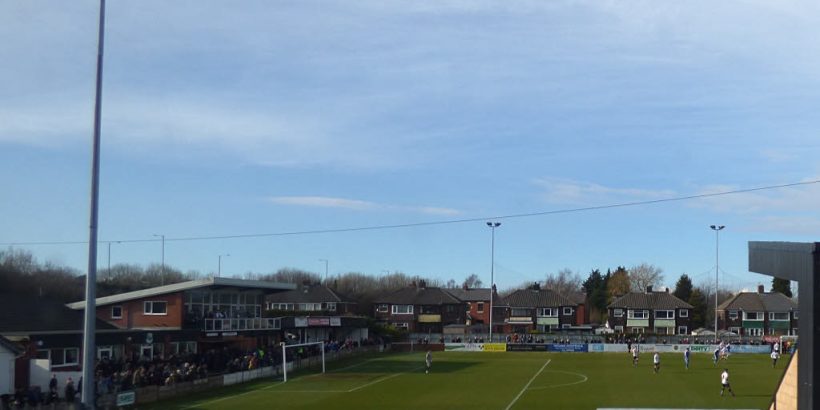 Bamber Bridge manager Jamie Milligan has his sights set on a late playoff push after a tough run of a fixtures.

After rising through the ranks at Everton, midfielder Milligan made his mark on the Fylde Coast when he signed for Blackpool in 2001, before spending nine years at fellow seaside club Fleetwood Town.

Now, the 42-year-old is manager of Northern Premier League Premier Division side Bamber Bridge – based near Preston – who after a flying start to the season, haven’t been in the best of form since the turn of the year.

However, after a win against Grantham Town last week, he believes his side have got what it takes to turn their fortunes around.

“If we go on a good run and win our next two or three games which are doable and get back to some sort of winning ways then I don’t see why we can’t make the Play-Offs.

“There are going to be about five or six teams fighting for that last place and we’re punching well above where we should be anyway so there’s no pressure on the lads.”

It’s been a tough few months for Bamber Bridge who have been going through a bit of a rough patch over the winter period.

Since January, Bridge have only won twice. However, this isn’t something Milligan is concerned about.

“It’s been tough,” he explained.

“I said we might struggle around wintertime when the pitches all change because of the way we try and play and the young lads we’ve got.

“To be fair we haven’t been playing badly, things were just going against us, we had little injuries here and there, suspensions, and nothing was dropping for us.

“We went to South Shields last Saturday and got beat, which we should do because they’re a full time and pay ridiculous money – but we competed so we just need to go on a little bit of a run and try and sneak into the play offs late doors.”

Milligan joined Fleetwood Town in 2004, signing for them permanently after a successful one-year loan spell.

The former Cod Army midfielder spoke about his time at the club, highlighting the differences between non-league and the EFL and the struggle young players may face.

“There’s a massive difference between the EFL and non-league football,” he said.

“When I dropped into non-league it took me a while to adapt, but it worked out in a good way because you’ve got to change your game and adapt to that league.

“I think when I first went to Fleetwood, I was getting a lot of stick from the fans because I was struggling to adapt to the physicality of it and the pitches.

“It’s hard work. The referee’s let a lot more go in the non-league, and you’ve got to learn to look after yourself.”

Bamber Bridge will be optimistic about reaching the Play-Offs with their upcoming run of fixtures.