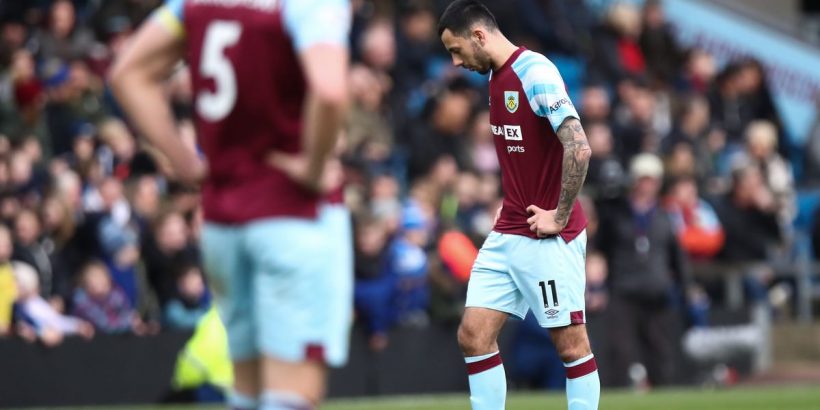 With the 2021/22 football season reaching a climax, who is top of the class and who is the school dunce? DAN BALDWIN looks at how they have fared this term and given each Lancashire club a grade from A to F

Given the nature of Burnley FC’s net spend across their lengthy six-season stay in the Premier League, it is unsurprising that the Clarets now find themselves in a relegation scrap.

The 2021/22 Premier League season started with Burnley at rock-bottom of the all-time estimated net spend list – at just £74m.

This is lower than former league members Bolton Wanderers, who have not been in England’s top-flight since the 2011/12 season, where value on players was considered drastically lower than in today’s transfer market.

The Clarets have won only three of their 27 matches, the lowest in the league so far, yet stunningly defeated Tottenham Hotspur 1-0 at home earlier in February.

Manager Sean Dyche has earned admiration for his ability to remain in the division on a shoestring budget, but next season could well be a Championship tour.

It may be argued that an ‘F’ would be appropriate for Burnley’s current outlook, however, the star signing of Wolfburg’s forward Wout Weghorst was enough to bump up the rating.

The 6ft 6in Dutch striker arrived at Turf Moor on a £12.6m fee, providing a goal and two assists from nine league fixtures. He replaces former-Claret Chris Wood, who left the club in January for a switch to Newcastle United.

A ruptured ankle ligament has been a huge blow to Chilean Ben Brererton Díaz, who took the Championship by storm with his 20 goals and one assist.

This propelled Blackburn Rovers into a genuine contention for automatic promotion, alongside the likes of Fulham and Bournemouth. However, recent league form has now started to show the struggles Blackburn have been plagued with across seasons.

As of writing, Rovers were unable to win any of their past six away fixtures, without scoring a single goal either. Their longest-ever run is eight matches, dating back to 1924.

The club are in sixth position, currently occupying a Play-Off space with their 61 points, though both Middlesbrough and Queens Park Rangers have the games in hand required to knock them down.

While it has been a successful season overall, fans would still be disappointed if manager Tony Mowbray cannot fire up his squad to find goalscoring form without Brererton Díaz.

A ‘B-‘ is a fair representation of an against-all-odds play-off push, given the fact that Blackburn finished 15th and then 11th the season before.

Blackpool FC ended their six-season stay away from the Championship, winning the League One Play-Off final last season at Wembley.

While both North End and Blackpool are currently in a similar league position, 14th and 13th, it is the latter who can feel better about it. Blackpool operate with the Championship’s second-lowest market value at £11.75m, closely followed by fellow League One outfit Peterborough United.

While many rival fans would have predicted Blackpool to be in a relegation fight, the Tangerines have instead beaten the likes of Blackburn and Preston at home to bring a refreshing sense of cohesion between manager and fans alike.

It is yet to be seen if Blackpool can do the double over both Lancashire counterparts, which will commence in April with back-to-back away trips.

The Lilywhites sat 22nd in the relegation zone after just four fixtures, but six draws from the next seven would soon follow. The 2-0 derby day defeat away to Blackpool was the final straw in the North End fan base, but Frankie would remain in charge until a further 1-0 defeat at Blackburn in early December.

Following his dismissal, the recruitment of Plymouth Argyle’s manager Ryan Lowe generated a buzz back around the Deepdale club.

Lowe wasted no time implementing his attacking wing-back system, and has since lost only three from 17 league games in charge.

Danish striker Emil Riis has been the key goalscoring threat this season, providing 13 goals and three assists, while the loan signing of Aston Villa’s Cameron Archer has brought five goals already. North End will look forward to hosting Blackpool early this April, under a new regime and with a fired-up squad.

Thirteenth in League One is a decent position for Accrington Stanley to be in. With the proper context applied, having finished 11th last season, the club have remained a tough footballing side in the mid-table.

When looking at the squad budgets and values above them, it is unsurprising that Stanley cannot compete financially against the likes of Sunderland or Sheffield Wednesday.

In fact, Accrington are second-bottom in the league on total squad value with just £1.85m.

There is still ample opportunity for manager John Coleman’s men to cement their place around the top half of the table, meaning no real cause for a grade lower than a ‘B’.

A struggling League One side destined for a relegation scrap this season, Fleetwood Town have come close to league success in the past.

The 2019/20 season saw Fleetwood finish sixth, occupying a play-off spot but ultimately losing in the semi-final 6-3 on aggregate against Wycombe Wanderers – the eventual winners. They now sit in 20th, only a point safe from the drop zone as of writing.

If Fleetwood were to fall into this zone, the grade would be lowered, however they have a game in hand over AFC Wimbledon in 21st to widen the point gap.

Their league form needs a drastic improvement though, as they have lost four and drawn once from their recent five fixtures.

With the objective of simply remaining in League One for next season, and just two points from safety, a great escape could well be on the cards for Morecambe.

The Shrimps were aware of their situation – low budget and a mid-season managerial change – but they still find themselves in the relegation zone at 23rd.

With seven games remaining in the league, writer Tom Collins of ShrimpsOnline still has hope that this season brings positives with it.

He said: “On the face of it you could suggest we’ve been wide of the mark in terms of a season’s performance.

“How our season ranks will largely be defined, rightly or wrongly, on how we can end the season.

“The reality is we’ve had a lot of headwinds since gaining promotion.

“We’ve had to rebuild a squad at the start of the season, then change managers mid-season with one of the lowest budgets in the league.

“Staying in the division would be a huge achievement taking all factors into consideration.”