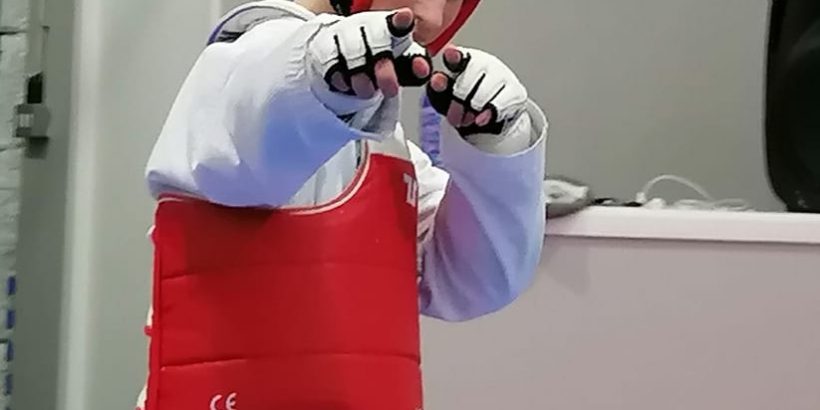 With Tokyo 2021 seeing Great Britain Taekwondo claim their best medal haul with three medals, the sport is growing across the country.

More than 20,000 people of all ages take part weekly in the Korean martial art, with hundreds of clubs providing coaching and development to fighters according to British Taekwondo.

One such club is Summerland’s Taekwondo, a Kendal-based club set up by Ryan Lightley in 2020 as a breakaway from Cumbria Taekwondo.

Ryan, 41, who is head instructor, created the club during the first Covid-19 lockdown.

He said: “When lockdown became apparent, we were training at home, and I thought it was a good time to now set up a club.

“So, we started looking for a unit, eventually found one, and then it went from there.”

Based on Summerland’s trading estate, Ryan wanted to create a smaller much more individually-focused club.

“So, I wanted to keep the club as small as I possibly can but obviously enough to pay for the club itself.

“It helped us concentrate on individuals which brings them up a lot faster. We are sticking to 15 per class, just to give the kids a lot more experience.”

One of Ryan’s older students and only Class A fighter Harry Westmorland explained what the club has done for his development as a fighter.

He said: “They’ve helped me a lot, opening up opportunities, offering me extra training sessions, helping me to be able to go to nationals in London and pick up a bronze medal and a chance to go to the Great Britain development squad.”

Since the end of the pandemic with competitions restarting all over the UK, Summerland’s and Ryan have seen plenty of success.

“A personal highlight for me has to be British nationals,” he explained.

For Summerland’s it’s on to the next competition and Ryan will be hoping for more success in future.