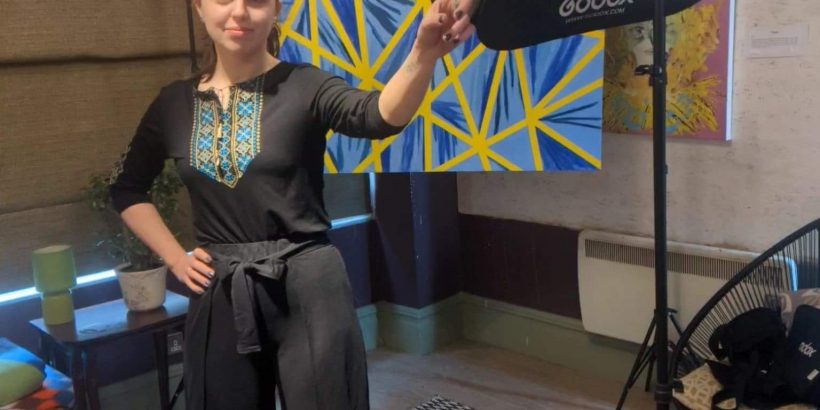 A Ukrainian photographer was raising funds this weekend to aid victims and immigrants from Ukraine.

Karina Aslanova spent the weekend at Avenham Park taking photographs of passers-by in exchange for donations to a number of Ukrainian charities.

She is also spending this weekend at The Larder taking additional photographs and offering a list of charities for people to donate to.

She wasn’t working alone either, enlisting her fiancé and mother-in-law for help over the weekend so that they could photograph more people.

Speaking about this weekend, she said: “If at least one person donated at least something, I believe that was worth it.”

Miss Aslanova was able to photograph thirty people this last weekend alone but there’s still more to do as she prepares for further sessions to raise more money.

Badges, handmade by Miss Aslanova, are also being sold and she says the proceeds are going towards the army in Ukraine.

Her hope is that this will help the war effort and that she can help as many people as possible through these donations, as well as wanting people to push the governments to do the right thing.

She said: “I just want people to remember that us, mortal, average people can do much more than we can think sometimes and your voice is important.

“The world holds on the shoulders of volunteers so I want everyone to remember that you might be a drop in the ocean but it’s still drop by drop makes the whole ocean.”

The website she’s using to get donations is ukrainewar.carrd which has a list of all the charities people can donate to if they wish.