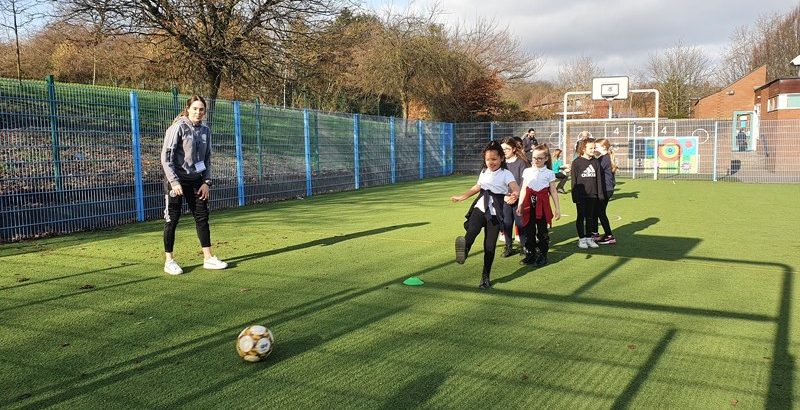 The UEFA Women’s Euros 2022 is coming to Sheffield this year, and to help build up the excitement, Sheffield City Council have created a legacy programme.

50% more girls aged from five to 16 now have a recreational opportunity within five miles of their home, and now there are double the number of FA qualified female coaches and referees in the city.

Councillor Mazher Iqbal, Executive Member for City Futures at Sheffield City Council said: “Being host to this phenomenal tournament is such a privilege and brings so many benefits to the city, but for me it’s about our people and the difference we can make for future generations.

“Football brings people together, creates opportunities, supports our young people to lead fulfilling and active lifestyles and breaks down barriers.

“The UEFA Women’s EURO 2022 creates the perfect opportunity for us to diversify football in the city.”

The legacy is already being seen in action, many schools have downloaded resources, and Ballfield Primary School has launched girls only football sessions and welcomed Sheffield United’s Ellie Wilson to improve their skills.

Sheffield and Hallamshire County FA have launched weekly women’s recreational sessions across various venues for different groups, including women over 40 and the Desi women’s sessions.

Sara Harnett, Women’s Recreational Football Officer at Sheffield and Hallamshire County FA said: “Having this incredible tournament in the city is already having an impact on women getting involved in the game, either through playing, leading, facilitating or championing.

“We are looking forward to seeing more female role models in and around the grassroots game now and in the future.”