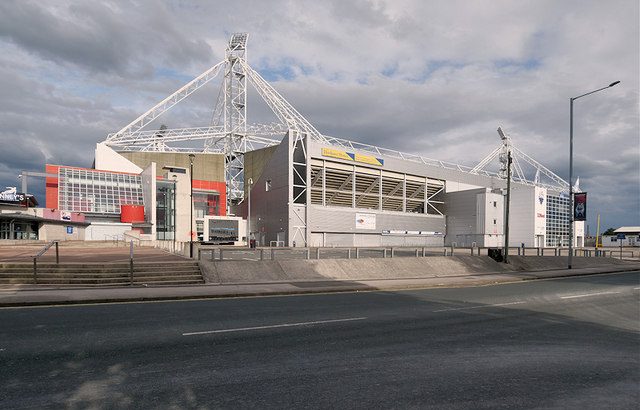 Preston North End manager Ryan Lowe will be aiming to reach new heights next season, as DAN BALDWIN looks at what the club have to do in the summer to make the play-offs.

For Preston North End, this season has brought a whirlwind of speculation – from American takeover rumours to the upcoming summer transfer window.

While safety from relegation is a guarantee, with dwindling hopes of a late play-off push, it looks all but certain that North End will end their campaign in mid-table once again.

Much of the season was commanded by former-manager Frankie McAvoy, who was unable to satisfy the grumbling of the Deepdale faithful, especially following losses to fierce rivals Blackburn and Blackpool.

In came Ryan Lowe in December, the straightforward, no-nonsense Scouser, who had previously managed Plymouth Argyle and Bury.

The track record of this young manager generated a buzz around Preston.

He got Bury promoted to League One, as one of the Football League’s highest-scoring teams in 2018/19.

Lowe had also taken Plymouth up the league pyramid, winning promotion out of League Two, after the season was cut short by the Covid-19 pandemic.

Prior to his appointment, North End lacked cutting edge in front of goal, reduced to sideways passing, with disconnect between fan expectations and the team’s performances and results.

His move to Deepdale was a welcome one, and his recent ‘meet the manager’ event brought a new sense of vision, motivation, and game plan back to one of English football’s sleeping giants.

The fans have bought into it, clearly hoping that on-the-pitch results since Lowe’s arrival will result in a promotion push next season.

North End are 15th in the Championship, with a trip to league leaders Fulham on the horizon tonight (7.45pm kick off).

A win for the hosts would see them promoted to the Premier League, but the visitors – who have already won this season at high-fliers Bournemouth – will relish the underdog status.

Only time will tell whether Lowe is given the budget to spend big this summer, as key loan players such as Daniel Iversen, Sepp van den Berg and Cameron Archer are scheduled to depart the club at the end of season.

He said: “I think it’s been a pretty mixed, up and down season.

“Results were just so inconsistent for McAvoy when he first took over.

“Ryan Lowe has come in and I think he’s started well.

“Next season, with the right recruitment in the summer, I think you’ve got to start off hoping for a play-off place, which is like the aim at the start of every season.

“I think there will be quite a few changes in the summer. Quite a few players out of contract, maybe even some in contract will move on as well.”

The goalkeeping position will be a particular concern to fans.

Daniel Iversen has been in terrific form between the sticks but is due to return to his parent club Leicester when the season ends.

Lowe needs to solve that issue and is also likely to want to sign a new frontman, with Cameron Archer – who has bagged seven goals in 16 appearances since his loan switch from Aston Villa – also unlikely to be around next campaign.

But no matter the transfer business conducted in the summer, the 2022/23 Championship season promises more of the same highs and lows when supporting Preston North End.