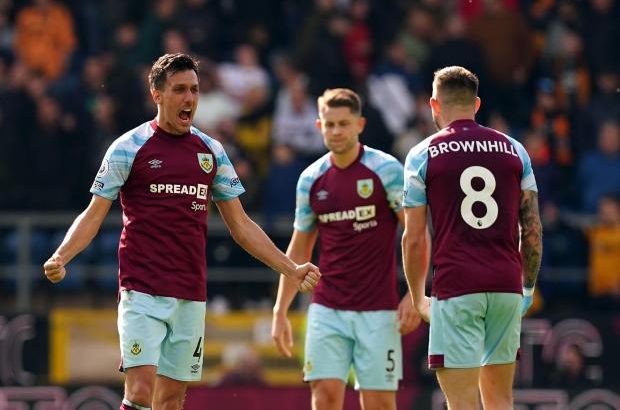 Burnley interim manager Michael Jackson is very much the man in the mirror but his players won’t be asking him to change his ways as his side are out of the Premier League drop zone for the first time since October.

The Clarets beat Wolverhampton Wanderers 1-0 on Sunday, with a Matej Vydra strike enough for the three points at Turf Moor.

Jackson, who up until the surprise sacking of long-time coach Sean Dyche, had been at the helm of the under-23s has steered his side to seven points in three matches.

Jackson said: “It’s the third game of the week so we’ve had to dig deep.”

Since taking charge Burnley have improved taking a hard-fought point from West Ham and putting in a dominant display to see of a lacklustre Southampton 2-0.

“It’s a big part of this group, those attributes to go hard and graft and having those bits of quality as well.

The group it’s come together and it’s all credit to them.”

“The reaction we’re getting from the fans at the moment, there dragging the players through those little lulls it’s been terrific.”

However, the Liverpudlian didn’t discount the shift his players have put in.

“Third game in the premier league, when you look at that and the ground you have to cover and the intensity and the pressure that’s come with it at this moment in time what they’ve dealt with its outstanding.”

Despite his sudden appointment Jackson has taken the job in his stride and knows he has to stay focused to see the job through, even if that changes his normal plans.

“I’d like to say eight pints!” said Jackson, when asked how he will relax before Burnley’s next match.

“But no, I’ll be going home sitting on the couch and seeing the family.”

The win saw the Lancashire side move out of the relegation zone for the first time in 175 days and with five games to go safety isn’t assured but Jackson and Burnley will hope to continue there six year stay in English football’s top flight.