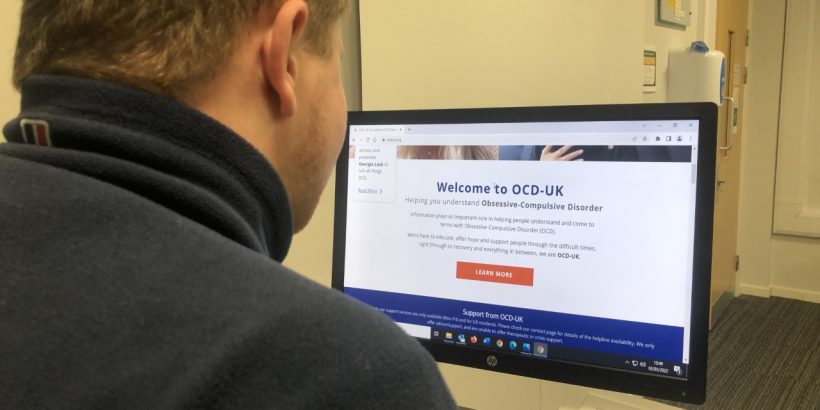 A former Warrington amateur boxer has opened up on his lifelong battle and daily struggles with Obsessive Compulsive Disorder [OCD].

The World Health Organisation states OCD is amongst the top ten most disabling illnesses which affects around three quarters of a million people in the UK.

The condition leaves a person experiencing frequent intrusive thoughts – also known as obsessions – which results in the individual carrying out repetitive behaviours to prevent a perceived harm, and these unwelcoming obsessions are followed by a compulsion which brings temporary relief to make the person feel right.

Jay Deakin, 32, has battled OCD for as long as he can remember. He has also suffered with depression, and on a daily basis tackles numerous implications which come with the condition.

“When I was younger I would think if I had not opened and closed my curtains eight times or checked my window then my family were going to die. There is no correlation, but to me it was real,” said Jay.

“I used to wash my hands 10/15 times to make my breakfast… when driving my intrusive thoughts would be saying I had ran someone over constantly so I would have to carry out a compulsion by going back and checking – I knew I had not but sometimes the overriding feeling of anxiety made me go back.

“People think [OCD] is just cleaning and stuff like that but there is a big stigma around OCD as there is a vast range of disorders and a lot of different aspects.

“It has had a big impact on my life but I do try use it to my advantage and although it is hard I try and speak about it. If I did not have OCD I would not be who I am today.”

During one of Jay’s lowest points in life, he turned to boxing in the hope the sport would help him deal with his OCD.

The Latchford resident found an immediate connection with the sport, and after training for around 10 months, Jay competed in six fights at amateur level.

However, even though Jay has now stopped fighting – as a result of the Covid-19 pandemic and a nose operation – he will never forget the valuable life skills he gained from boxing.

Jay said: “With OCD your mind is racing all the time with intrusive thoughts and compulsions so when I went to the boxing gym for that hour and a half I was that focused I did not have to think about them.

“I felt really good about myself after it which is something I never really do. I felt strong, disciplined and it taught me how to push and put myself into tough situations.”

Another of Jay’s lifelong interests is Everton Football Club. The former boxer revealed his passionate love for the Toffees, as well as opening up on the struggles he faced as a result of lockdown and OCD.

“I have only missed nine games in the last 12 years home, away and even in Europe. For me Everton is my life, my passion,” revealed Jay.

“Going the match is another place I can get away from life so when Covid-19 happened it was tough to take as this was my thing, my community as it is for many other people.

“It is hard because I have contamination OCD so the first few matches back were very stressful. Every time after a game I would worry for days if anyone had given me Covid-19… the more it has gone on the more I have got used to it.”

In November 2019, Jay founded Talkhub – a men’s mental health group based in Cheshire and Merseyside.

In England, around one in eight men struggle with a common mental health problem – although many cases go undiagnosed. Men are also far more likely than women to go missing, sleep rough, become dependent on alcohol and use drugs frequently.

The group, which consists mostly of Everton fans, meet regularly for walks, to play football and take part in a recently started mental health boxing project.

“One day I thought I could do something to help out other guys by doing a walk which is a simple idea but really good for you… you do not have to make eye contact and you are not sat in a room which can feel intimidating,” said Jay.

“We are not a 24/7 helpline but we do signpost people to the right help. There are a lot of people out there who care and are willing to listen… it is just taking that initial step which is very scary – just do not suffer in silence.”

Joel Barwise, a Customer Service Manager, is someone who has attended Talkhub sessions since the first lockdown, and the 25-year-old has praised the group for its help with his own health.

“Previously I have had my own traumas and demons which I have had to deal with,” Joel said.

“The main thing with Talkhub is that it is a safe space. At the start of every meeting we make everyone aware that if anyone wants to open up about anything that it would not leave the room unless for medical reasons.”

Like Jay, Joel understands the importance of speaking out when struggling with mental health issues, and the Liverpool born man has encouraged men to talk when in feeling low.

Joel revealed: “The biggest thing you can do is talk and I know it is often easier said than done but once you have that initial conversation it feels like a massive weight has been lifted.

“I know some people still think there is a stigma around men’s mental health but I think where we are as a society is a lot more accepted and there are people who are willing to talk.”