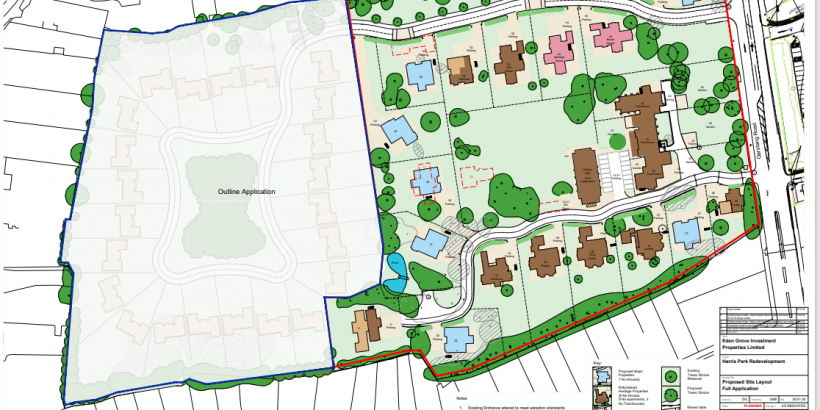 A group of residents feel ‘betrayed’ after Preston City Council recommended the conversion of Harris Park’s listed buildings into a housing development be approved.

The council held a long-awaited planning meeting on November 3 and decided to pass the application and refer it to the Secretary of State.

The Friends of Harris Park group has actively opposed the changes for over a year, and they are outraged at the decision.

Joan Leary, a member of the group, called it a disgrace and said: “I am very upset as Harris Park was left to the people of Preston by Edmund Harris, not to be sold.

“There’s no hope left as money has been talked about again. Nobody can even access the war memorial except from one day a year now.”

Public access to the site had been hoped for by many so that the grounds can be appreciated with its historic grade II listed former orphanage.

Mrs Leary believes that the Planning Committee’s decision should have been opposed by the councillors, an opinion shared by many.

She said: “It was important, it should not have been sold as it belongs to the people of Preston. It should be used as a hub for the community as Edmund Harris intended it to be.

“Not for it to be a gated housing development.”

During the meeting, the vote tied with a split in committee members, resulting in the chair using his deciding vote to push it.

Preston City Council have been approached for comment about the decision but haven’t responded.