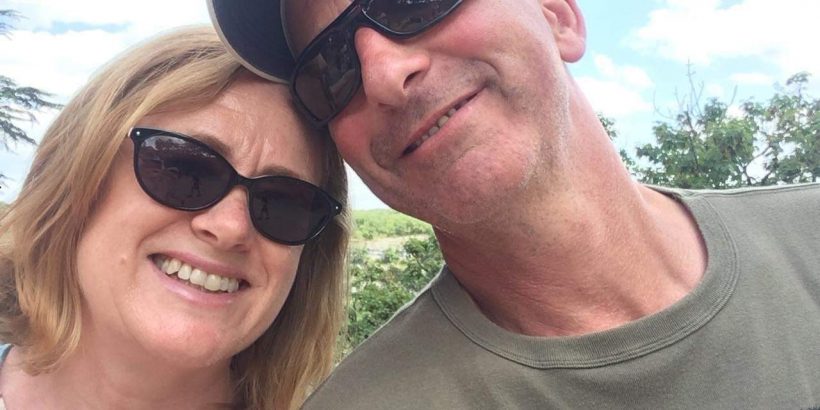 “You bring this perfect little thing into the world and then you think what have I done wrong for it to be like this?”

Debbie and Colin Gandar’s teenage daughter is recovering from an eating disorder which she is dealing with every day. But her parents have their own struggles within their roles as carers.

It’s not easy seeing their daughter Mia through the recovery process as it has changed the whole household’s way of life, putting her care as a priority.

Colin stated that they are just ‘winging it’ and trying their hardest.

Eating Disorders can impact anyone at any age, but younger people between the ages of 13 and 17 tend to be more susceptible according to the NHS.

Statistics from NHS England showed that nearly 10,000 children and young people had started eating disorder treatment between April and December 2021. This is an increase of a quarter compared to the previous year.

Those who go through an eating disorder will know how difficult daily life can become, but on the other side of the situation are the carers.

With no prior knowledge about eating disorders, Debbie and Colin were thrown into the deep end with the task of helping their daughter during her recovery after she was discharged from hospital last year.

Debbie said: “I felt it was all my fault that she’d gone down this path and I felt like a bad mother because I hadn’t spotted it sooner. I felt guilty because I had a bit of an inkling, but you don’t want to believe it.”

Colin added: “We’re not experts in it, in any way shape or form. I wouldn’t wish it on anybody.”

Parents and carers often have to adopt the role of watching over the sufferer throughout the day to ensure they are meeting their recovery needs, which can have a huge impact on their free time and schedules.

Debbie’s day starts earlier than usual so she can make sure Mia goes to college with what she needs, and normal life is to be worked around appointments.

She said: “It has a major impact on your lifestyle, totally changed. You know you find yourself creeping down the hall, being quiet to check if she’s ok. We are running her around everywhere because It’s not easily accessible to get anywhere on a bus from where we’re living.”

Other daily support includes eating with the child at mealtimes, not keeping triggering material in the house and praising the person’s recovery.

Throughout this, two parents may adopt a stereotypical position where one may be harsher whilst the other has a softer approach.

Debbie reflected on how she and Colin differ. She said: “Colin can be a bit blunt, whereas I sort of tread a little bit lighter and easier. Although I can sometimes be a bit hard on her. But she has told me she knows it’s for her own good. It’s like good cop bad cop.”

Both of Mia’s parents described a feeling of ‘walking on eggshells’ as they try to talk to their daughter through her recovery, not knowing the right thing to say or how to help.

This is a common situation according to Emma Salazar, the Clinical Lead at Oakwood Psychology Services in Stockport. She has been hosting support sessions for parents and carers of people with eating disorders for around a year.

Emma said: “I think what comes up the most frequently is the theme of how parents feel frightened and exasperated.

“Recovery is a very long, not straightforward, not linear process, and for the person with an eating disorder it feels like that process is going at 100 miles an hour and it’s very overwhelming. But for their loved ones who are seeing the physical, mental and social consequences, change can’t happen fast enough for them, so there’s that disparity between.”

The sessions Emma holds aims to educate carers so that they can provide the best care for their child but also feel less anxious themselves.

She said: “They look and say they are so much less anxious just for having received some information that they know is accurate, rather than trying to sift through all the bazillion things that are on the internet.”

However, Emma did identify some of the difficulties that some parents have with the sessions.

She added: “Eating disorder treatment and recovery is not all sunshine and rainbows. It is a very frightening disease. I think it can be a little bit of a shock to hear other parents go ‘Yep, my kids been in recovery now for four years and it feels like we’re going round in circles and I’m feeling quite hopeless currently.’

“If you are new to the process and hear about the harsh reality of recovery, which is many people relapse and a significant amount of people don’t recover from an eating disorder, it’s hard to come to terms with that I think.”

Despite this, the sessions often see parents through to the end of their supportive journey and it is one of Emma’s favourite parts about her job.

She said: “Running that group is often one of the biggest highlights of my month. It’s emotional.

“When the parents are saying their kid is going away to uni next week, I’m terrified, but I’m also so excited because I’ve known them for a couple months and it really is very special. I really, really enjoy it and it does make me feel very warm and fuzzy inside.”

One of the techniques used in sessions like Emma’s is the New Maudsley Approach which is made to give carers a skillset to help their stressful caring role.

It uses animal metaphors to show carers in a light-hearted way how these certain reactions to behaviours can be unhelpful to the sufferer.

Dr Pamela Macdonald, who has written a handbook on how to help someone with an eating disorder, explained that the animals can range from a rhinoceros to a kangaroo.

She said: “So with a rhinoceros, it might be to yell and scream. It’s a completely irrational illness, so it’s only natural that it raises what we call high expressed emotion like overprotection or critical comments. But that can exacerbate the symptoms and raise Stress levels all round.”

Not everyone responds the same to these analogies. Pam says some carers find them ‘patronizing’, but on the whole most find them helpful.

Another aspect of the New Maudsley Approach is highlighting the importance of self-care when it comes to carers.

Pam said: “The key is looking after their own mental and physical well-being, a distressed carer is an ineffective carer. We use the analogy of the airplane and putting on your own oxygen mask before you tend to the needs of others.”

Emma also mentioned how in her carer sessions she highlights the value of self-care.

She said: “Something I touch on in every group is the importance of looking after yourself. I haven’t met a single parent of someone with an eating disorder who hasn’t been incredible in throwing themselves into this really scary process.

“But you can’t pour from an empty cup is a very relevant saying when it comes to supporting someone. If you are completely depleting your energy by caring for your child you will burn out.”

This delicate balance of caring for a child and yourself is a work in progress for Debbie and Colin.

Debbie said: “I’ve started having a bit more me time. Which isn’t a great deal but It helps.  I started going to yoga where you forget about your thoughts for an hour and I feel good after that.”

They even bought a dog for their daughter, which they admit has become a therapy dog for all of them and one of their coping mechanisms.

Mia’s recovery continues to be a ‘long road’ ahead of them, but both parents believe there is hope at the end.

“I do honestly think if you can get to the peak and then start going down the other side, that’s the road to recovery and I feel that she’s on them few steps before the peak,” Colin said about their current situation.

Debbie added: “There is hope there. From where we started, she’s so, so much more improved. We do believe that she will get there. We have just got to support her for as long as it takes.”

If you or a loved one needs support, visit https://www.beateatingdisorders.org.uk/get-information-and-support/.