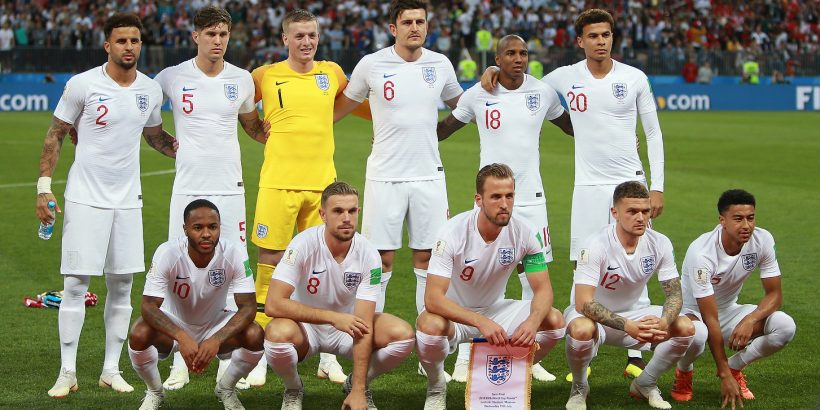 England manager Gareth Southgate has revealed the 26-man squad that will aim to bring the World Cup trophy home for the first time in 66 years.

Today, after a nerve-wracking weekend of injury-threatening Premier League football, the squad will be flying out to Qatar to compete in the 2022 World Cup finals.

Amongst the 26 men who will look to don the Three Lions jersey, five were born and bred in the North West, with a majority still playing for clubs in the region.

Here are the five North-Westerners looking to bring England victory this winter:

After a tumultuous 2021/22 season, with his confidence knocked by his penalty miss in the Euros 2020 final, Marcus Rashford has found his shooting boots once again.

Under the tutelage of new Manchester United boss, Erik Ten Hag, Rashford has scored four goals in 13 Premier league games – including his 100th goal for the Red Devils.

Born in Manchester, 25-year-old Rashford is a product of the club’s youth system and burst onto the scene in 2015 at 18.

Marcus Rashford MBE is also revered for his activism and charitable work in helping tackle child poverty and racism, as well as his considerably admirable on-pitch efforts.

He currently has 12 goals in 46 caps for England and will look to increase both tallies, as well as his trophy cabinet.

The man who made England fans believe one summer’s day in 2018 – Trippier rifled home a free-kick in the fifth minute in the World Cup semi-final against Croatia.

Although England then went on to lose to the Croatians 2-1 in extra-time, Trippier was dubbed “The Bury Beckham” in honour of his wonder-goal.

Born and raised in the Greater Manchester borough, Trippier spent his youth in the Manchester City academy, before permanently moving to Burnley.

After successful spells at Tottenham Hotspurs and Atletico Madrid, where he won a La Liga title, the full-back returned to England with Newcastle United.

With the North East club third in the Premier League under Trippier’s captaincy, he will hope to bring that electric form to the England team.

“Corner taken quickly” – three words that made the world take notice of Trent Alexander-Arnold and etch him into the annals of Liverpool legend after he assisted the Divock Origi goal that garnered Liverpool a 4-0 win against Barcelona from a 3-0 aggregate in the 2018 Champions League semi-final.

Now 24, Alexander-Arnold has become a staple in Merseyside but has struggled to secure a permanent role in the national side – with his current form leaving some to question his seat on the plane.

A native Liverpudlian, Alexander-Arnold is a right-back but his quality lies in his attacking play, having provided 66 assists for his club.

Alexander-Arnold will be expected to kick on and rise to the occasion of his second World Cup.

One of the best young players in the world, Foden was nicknamed “The Stockport Gazza” prior to the Euros last year, after bleaching his hair blonde in a bid to replicate the England legends Euro 96 form.

While his game-time and impact were limited in the tournament, Foden has still proven to be in a class of his own – even in a Manchester City team brimming with world-class talent.

The two-time PFA Young Player of the Year has begun the season in tremendous form, scoring eight goals and assisting three as he struck up a deadly partnership with Norwegian wonderkid Erling Haaland.

The 22-year-old has impressed in the sky-blue of City, and will now look to make up for missed chances at the Euros.

Although born a Liverpool fan and spending nine years with the club, the centre-back from St. Helens has found himself in the royal blue of a struggling Everton FC.

On loan from Wolverhampton Wanderers, where he held the position of club captain, 29-year-old Coady made his England debut in 2020 and has since accumulated 10 caps for the country.

Life at Everton hasn’t been easy as the club sits 17th and hovers a point above the relegation zone going into the World Cup.

But Coady has proved a calm and consistent head in troubled times and for Gareth Southgate, reliability is always key.

Coady may struggle to break past the established ranks of Stones and Maguire but his seat on the plane is guaranteed, and if called upon, will provide his sure and sound service as needed.

The national team will kick off their Group B campaign against Iran on November 21 at 1pm GMT at the Khalifa International Stadium in the capital city of Doha.