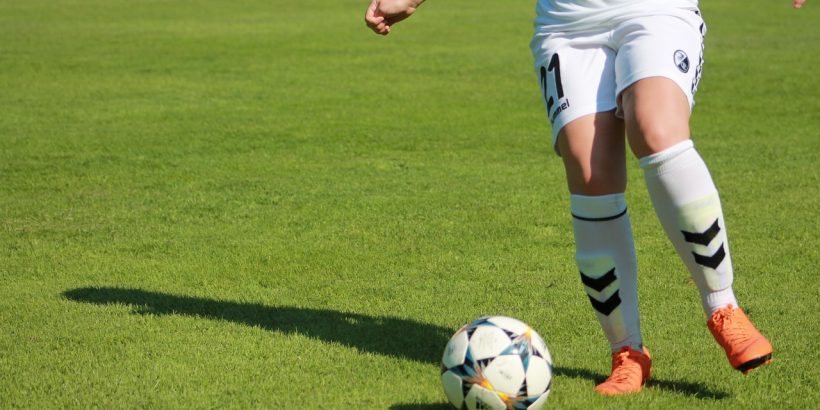 UCLan Women’s Football first team extended their unbeaten start to the season with a dominant win over Manchester Metropolitan’s first side.

Despite looking the more dangerous side in the opening exchanges and having more chances, the home side fell behind after the opposition striker rounded the goalkeeper before finishing high into the roof of the net.

However, the Preston-based side equalised before half-time when an attempted cross hit the post and crossed the line.

UCLan took the lead early into the second half when on a misplaced pass in the Manchester defence was capitalised on before finishing into the far corner.

The turning point came in this goal, as Manchester Metropolitan’s goalkeeper, who had been thwarting the opposition up until that point, injured herself.

A substitution in goal allowed UCLan to seize full control of the game, and they effectively put the game to bed shortly after the restart with a third goal to make it 3-1.

A fourth arrived with a fine header from a corner.

It was soon five – a misplaced pass out from the back by the opposing side allowed UCLan to take control of the ball before the stand-in keeper was lobbed.

A simple tap in after a shot was parried completed the rout as UCLan ran out 6-1 winners.

This comeback win extends the side’s unbeaten run at the beginning of the season to five games, with four wins in the league and a win in the cup.

On the comeback, manager Jade Richards said: “The girls did well. Obviously going behind to come back 6-1…credit to the girls, they worked hard and got the result.

“We were much more aggressive (in the second half), we played the ball, with ease, we were opening up passing lanes and not panicking on the ball. That was crucial to how we wanted to work from the back, to play forward and to play through the lines to be able to do that.”

On the strong start to the season and any aims going forward, she added: “The aim is promotion to be honest with you. The way we’ve started the season has been really good…we just need to keep building on that and hopefully we get promoted.”

The team’s next fixture is against Liverpool John Moores Women’s first team, with the aim ultimately to further extend the winning start to the season.