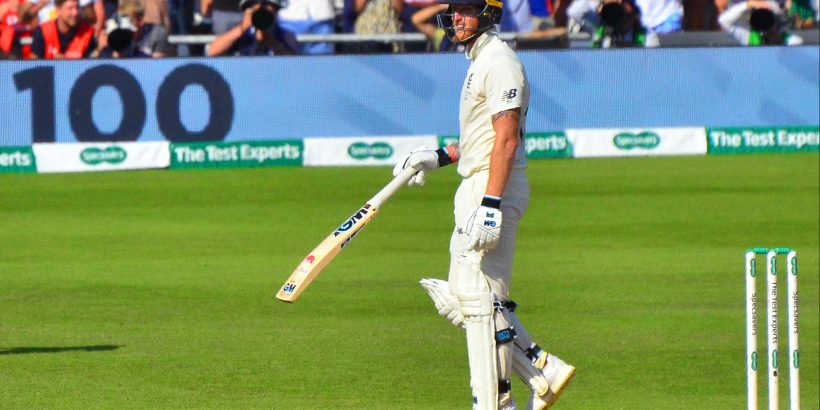 England’s Test cricket renaissance led by Brendon McCullum is a stark change from the dismal final days of Joe Root a year ago, here’s how the Lion’s revolutionised the format forever.

The writing had been on the wall for Root following a 4-0 humiliation at the hands of Australia in the Ashes, only being saved from a whitewash by a solitary draw.

The Yorkshireman’s final series also ended in a humbling defeat to the West Indies, losing 1-0 across three tests which left England without a win in 11-games.

McCullum’s positive ideology and win at all cost’s mindset proved to be the breath of fresh air the team and the format as a whole needed as ‘Bazball’ proved to be successful early on.

The former Kiwi’s captain scored over 6,400 test runs at a strike rate of 64 was mirrored by the English side, with an average run rate of 3.43 proving the difference in a debut win for McCullum against New Zealand.

Stokes’ second test in charge took the side to unforeseen levels as England averaged a run rate of 5.09 runs per over in victory against the Kiwi’s.

For context, in Root’s last test as captain, the side’s average run rate was 2.07.

England completed the series whitewash with a seven-wicket victory thanks to Jonny Bairstow hitting 162 in 157 balls.

During the Root era, England were 2-1 down after four tests against India but the fifth was cancelled due to the coronavirus and the rescheduled fifth took place in Stokes’ fourth game as captain.

The on-form Bairstow would hit centuries in both innings’ as the Barmy Army roared the Lions on to a seven-wicket win which truly highlighted the changing of the guard in test cricket.

The first blip of the McCullum era was an innings defeat to South Africa which saw England skittled for 165 and 149 respectively with Kasigo Rabada taking a combined 7/79 across both innings.

Stokes yet again silenced the doubters with back to back emphatic wins to take the series 2-1 with the skipper along with wicketkeeper Ben Foakes both hitting hundreds.

England’s first tour of Pakistan in 17-years followed after the T20 side won the World Championship and the good times kept coming with four players hitting centuries in a mammoth first innings total of 657 set up another victory.

The second test saw more drama with England picking up a 26-run win following a controversial decision which saw Stokes’ side declare which left Pakistan a more than gettable score.

The third test was more comfortable for England as they picked up an eight wicket win with more than a day to spare.

Stokes and McCullum have won nine out of 10 tests in charge of England and are unbeaten in three series’.

They’re in action next month in New Zealand in a two match series, ahead of this summers’ highly anticipated Ashes.