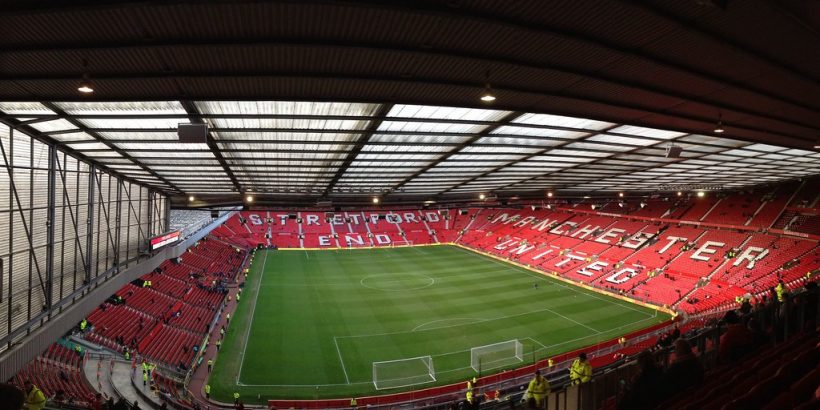 A Manchester United influencer says he’d take anyone over the Glazer’s amid rumours of a potential takeover.

The Glazers bought the 13-time Premier League Champions for £790m back in 2005 and outspoken TikTok influencer Dylan Connolly has had a season ticket at Old Trafford throughout their turbulent reign.

In August last year, 10,000 supporters took to the streets of Manchester in a ‘Glazers Out’ protest ahead of a game against Liverpool and banners reading “We want Glazers out” are an ever-present at Old Trafford.

Dylsfootyramble, which has amassed over 46k followers with 1.8m likes on TikTok, hit out at the current Manchester United owners after calling out the club’s financial situation.

“I think any United fan who understands the club will want the Glazers to go and I’d take anyone over them,” said the 24-year-old.

“People will always point to the fact that we spend money every season but we bring in so much more than we spend and the money the club spends isn’t the Glazers money.

“We pay out more dividends than any other club by a massive distance even last season when profits were down.”

Recent interviews from Cristiano Ronaldo and Jesse Lingard have exposed the club’s alleged below-par facilities and negative atmosphere around the club.

The former host of the Devil’s in the Detail podcast says investment off the field is needed to succeed on it.

“The stadium is in massive need of renovation, it’s behind the times with the technology, there’s holes in the ceiling, water leaking everywhere.

“The training facilities are subpar to the likes of Manchester City and Tottenham who we should be competing with.

“A club the size of ours we should have the best everything.”

With the Glazers announcing in November they would be willing to listen to offers for the Red Devils, the rumour mill has been rife with potential buyers.

Manchester-born billionaire Sir Jim Ratcliffe’s chemical firm INEOS reportedly made a £4.25bn unsuccessful bid for the club but Connolly doesn’t see him as the right fit for the club.

“It would be nice to have an English owner from the Manchester area but I don’t think Ratcliffe has got the riches we need.

“Without a consortium behind him he doesn’t really have enough but I’d definitely take him over the Glazers.”

The names of Saudi backed consortiums have also been thrown into contention but the influencer doesn’t like the idea of an ‘oil-backed’ United but would take it over the current situation.

“I don’t want us to become what we hate, in what City are so ideally not if it’s them or the Glazers I probably would choose them because they’d look after the club.

“With Saudi owners it gets to a moral level, with human rights and how they made their money so it is a bit of an issue.”