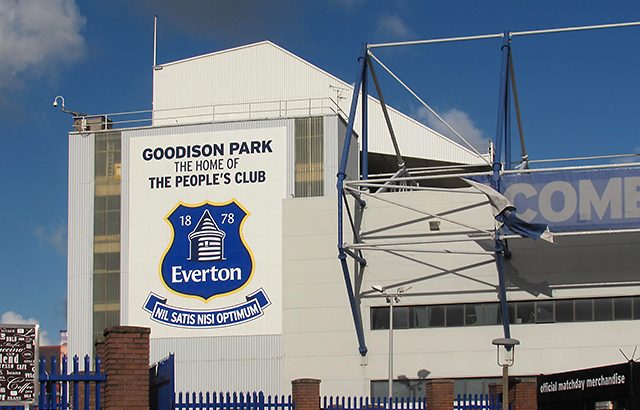 Just as Frank Lampard approaches a year in charge as Everton manager, he has lost his job, writes MAX MCcARTHY.

The Former Chelsea midfielder joined Everton on the 30 January 2022, with the challenge of keeping the Toffees in the Premier League, after a hugely unsuccessful spell in charge for former Liverpool boss Rafael Benitez.

Lampard quickly had an impact in the transfer market, bringing in Dele Alli from Spurs on a permanent deal and midfielder Donny Van De Beek from Manchester United.

Lampard was able to keep Everton up by the skin of their teeth after a comeback victory at home to Crystal Palace in May.

However, the 44-year-old has been unable to kick on this season, with Everton second-bottom in the Premier League, level on points with Southampton.

This was after a 2-0 defeat to fellow strugglers West Ham at the London stadium.

Two first half Jarrod Bowen goals left Everton with a mountain to climb, which proved too much for Lampard’s side, who huffed and puffed but didn’t threaten the Hammers goal enough.

Gary Judge, from the Everton podcast Across The Park, says Lampard’s lack of managerial nous was always a problem.

“His position was untenable after the Southampton game (Everton threw away a goal-advantage to lose 2-1 last weekend),” said Judge.

“It wasn’t just the defeat itself, it was the lack of game management. It was a game a more experienced manager would have drawn a line under and taken the point.

“We lacked goals and started off the season fairly solid, but we haven’t looked like a team all season that can score more than two goals on any given day.”

Judge highlighted the impact which the summer transfer window had on the club.

“The Richarlison one was coming,” he said. “There seemed to be a gentleman’s agreement in place where we said give us a season and we will let you go.

“But the problem was the fact that the club didn’t replace him. They did the same with Lukaku and that cost Koeman his job.”

Judge believes owner Farhad Moshiri has pumped money in but has not spent it in the right way.

“You can’t question his lack of investment, he has certainly put his money where his mouth is, but he just hasn’t invested wisely.

“He has signed players himself without any communication with the board and he has put the club into a pretty shocking situation.”

Now Lampard has been given the boot, Judge knows exactly who he wants to take over at Goodison.

“Who we will get, and who the right person to get for this situation, is Sean Dyche,” added the podcaster.

“David Moyes (West Ham manager) would have probably been in the picture if he had not won this weekend.

“I hope it’s not Duncan Ferguson, who has been offered the job according to various Everton groups. That would be a massive risk and something I am definitely not for.

“So I would probably appoint the current bookies favourite Sean Dyche as that is probably the sensible option.”

Lampard, who was a week away from celebrating his first anniversary in charge of the Toffees, was already in his third stint as a head coach after previous spells at Chelsea and Derby.

He was given a chance to kick start his career with the Rams in 2018.

The former England midfielder guided Derby to a sixth-placed finish in his first season in charge. However, he did manage to take the Rams to the play-off final, where they lost 2-1 to Aston Villa in the final.

Lampard was given significant financial support in the transfer market, bringing in Chelsea youngsters Mason Mount and Fikayo Tomori on loan, as well as Liverpool youth player Harry Wilson.

Lampard’s vibrant young Derby team gained him much applause and ultimately landed him the Chelsea job 12 months later. The Chelsea board viewed the Englishman as the right man to lead the club through a transfer ban.

The situation at Chelsea was a lot harder than some of their previous managers had walked in to, with the loss of their star player Eden Hazard to Real Madrid.

The transfer ban gave Lampard little choice but to turn to the youth. He was re-united with the returning Mason Mount and Fikayo Tomori and put them in the first team.

Both players stood out in the early months of the season with Mount beginning to gain regular call ups to the England squad. Lampard had a very successful first season in charge of the Blues, finishing the season in the top four and narrowly losing out in the FA Cup to Arsenal.

However, Lampard who had massive financial backing over the next summer, bringing in player such as Timo Werner and Kai Havertz among many others, began to struggle in the lead up to Christmas 2020.

Lampard was later relieved of his duties after a victory at home to Luton in the FA cup, he was quickly replaced by Thomas Tuchel.

And now he has suffered a similar fate at Everton, which begs the question what next for the man who clearly wants to be a top-class football manager but has so far struggled to really make an impression.