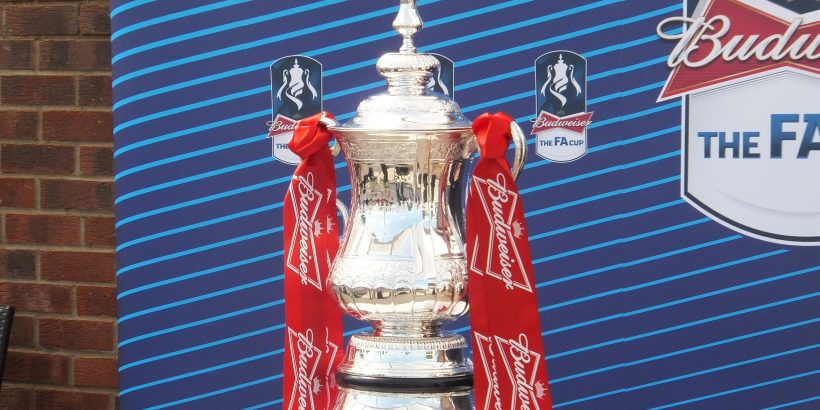 With Everton set to face Boreham Wood in the Fifth Round of the FA Cup, it got us at UCLAN SPORTSDAY thinking about just how good their chances were. So we looked back at the history of the competition to see which teams the non-league side should aspire to if they are to advance in England’s most prestigious cup competition.

On the same day that Akihito ascended to become the 125th Emperor of Japan, a perhaps more historic event was taking place in a small borough in London.

That place was Sutton, specifically Gander Green Lane, as 8,000 spectators gathered to watch a game that shocked English football to its very core.

Coventry were ranked by the bookies to be seventh-favourite to win the Cup and, though Sutton had managed to knock out Peterborough and Aldershot – both Football League opposition – in the previous years’ competition, the Conference League side were viewed as rank outsiders against a side that boasted players with the quality of Cyrille Regis, David Speedie and Dave Bennett.

Coventry dominated the early proceedings, creating three goalscoring chances within the opening few minutes but Sutton collected themselves and took charge of the game just before half-time courtesy of a Tony Rains header.

The first-division visitors restored parity just after half-time when Steve Sedgley set David Phillips through on goal, with the defender sliding the ball past Trevor Roffey in the Sutton goal.

Sutton took the punch and returned with the killer blow. Matthew Hanlan volleyed in the winner with 30 minutes left and then the home side dug in to see out the win.

It took 24 years for Sutton’s feat to be repeated. This time it was Luton, a club who had fallen on hard times, that triumphed over a far superior opponent.

Norwich were the unfortunate victims in 2013, and went into the game low on confidence, with the Canaries struggling in the Premier League.

Luton started the game strongly and pinned their hosts back, but were unable to create any notable chances before their Premier League opponents really showed up to the party.

On-loan Harry Kane, which is a name that you may now recognise due to his goalscoring exploits for Tottenham and England, came close for the home side before Leon Barnett hit the post and had an effort cleared off the line.

The second half was a tale of gung-ho attacking intent from both sides, with Grant Holt – introduced at the break – and Alex Lawless going close for each side respectively.

Twenty-four years earlier, almost to the day, Sutton had scored with a half-hour to play and been forced to cling on.

With 10 minutes remaining, JJ O’Donnell steamed down the left and picked out lower-league journeyman Scott Rendell, who squeezed a shot past Declan Rudd and eased the Hatters into the fifth round.

Despite the nature of Sutton’s victory and the importance of Luton’s, Lincoln City’s 1-0 defeat of Burnley in 2017 is a result that made history.

In 103 years, no non-league team had made it to the quarter-finals of the FA Cup before the Imps visited Turf Moor.

Eighty-one places separated the two sides in the English Football Pyramid and, despite Lincoln leading the National League and eyeing promotion under the guidance of the Cowley brothers, came into the game as massive underdogs.

The game was a physical one, defined best by the vicious battle between Matt Rhead, Lincoln’s physical striker, and the consistently intimidating Joey Barton, with scuffles and arguments breaking out across the pitch.

The scrappy nature of the game was the perfect advert for how non-league teams can match a far superior side through sheer grit and determination, and it was that grit and determination – and strict tactical discipline – that saw Sean Raggett leap like a salmon to head past Tom Heaton in the 89th-minute.

Lincoln had five minutes of added time in which they had to hold on to the lead, but they managed to do so and cemented their place in the history of the sport in front of a nation that was rooting for the underdog.