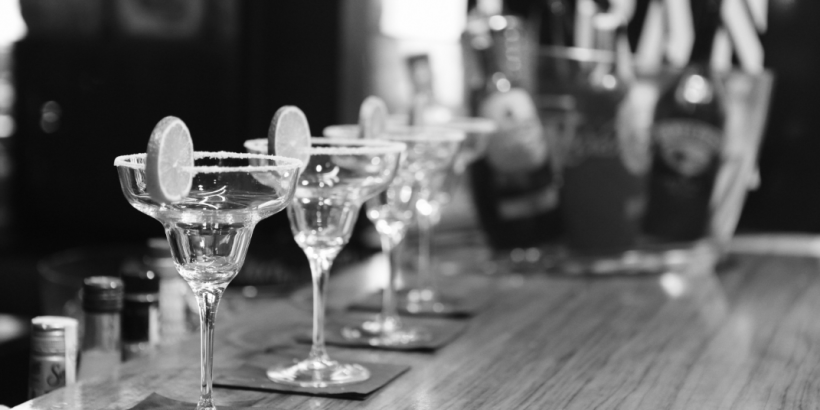 “What a blessing if all the working men would take their wages home for the good of their families, instead of spending them upon drink!”

These were the words of teetotalism pioneer Joseph Livesey, who, during his campaign for temperance would welcome in the new year by delivering an annual abstinence message.

Last year marked 190 years since the birth of teetotalism when the ‘Seven Men of Preston’ signed the first total abstinence pledge, initiating the influential temperance movement.

The aim of the movement was to encourage people to refrain from drinking alcohol in order to curtail social issues such as poverty and neglect.

As a result, almost 1,000 temperance societies were formed in Britain, with a membership of more than 300,000.

From then on, in the nineteenth and twentieth centuries Preston was nationally recognised as ‘the Jerusalem of temperance,’ with 4,000 locals taking the pledge to be teetotal by 1834.

“How cheering it would be to see friends congregated together on social occasions without intoxicating drink. It is the intoxicating cup that destroys the good order.”

In a true rags-to-riches narrative, Livesey was born into poverty in Walton-le-Dale, and later went on to become a wealthy businessman and local politician.

His life was the archetype of social mobility that he hoped others could emulate through a ubiquitous pledge of temperance, which he campaigned for from 1831 until his death in 1884.

Historians at the University of Central Lancashire suggested that the concept of the ‘Preston Pledges’ continue to be used for a number of community building initiatives, and also highlight the rich temperance heritage that Lancashire possesses.

Whether you think him to be Lancashire’s secular saint or biggest buzzkill, his legacy still permeates the Northwest.

Mr Fitzpatrick’s in Rawtenstall identifies itself as Britain’s last temperance bar and aims to ‘stay true to their temperance roots’ through continuing to produce traditional recipe non-alcoholic drinks in order to ‘reflect our heritage.’

“What happy homes we should have if mothers would cease sending their jugs for beer. Mothers and daughters setting a good example of sobriety, cleanliness, and good household management!”

Despite ongoing observance of certain aspects of teetotalism in Lancashire, there exists 97 pubs and bars in Preston city centre alone, just a fraction of the 47,200 that exist across the UK.

And with Lancashire Police issuing the third most drunk and disorderly arrests across the UK in 2020, it is unquestionable that alcohol consumption and drinking culture has certainly changed since the mid 19thcentury.

However, data published by University College London suggested that nearly one third of Gen Z do not indulge in alcohol at all, with a further study from the Office for National Statistics finding that one in four adults in the UK are teetotal.

This dry January, temperance may not have reached the bottom of the barrel.

“If only the dirty, idle, drinking men who now disgrace our streets on Mondays would have spent the weekends with their families in sobriety.”